The cliff with tree bridge scene backgrounds were mostly my duties. Below are the ones I created almost entirely, aside from the very distant tree clusters across the ravine, which were done by Kino. These first seven paintings were a massive amount of work in Photoshop and together Kino and I we were able to find real photo references of all the elements, including the rocky cliffs. Many elements were also digitally painted from scratch in Photoshop. . 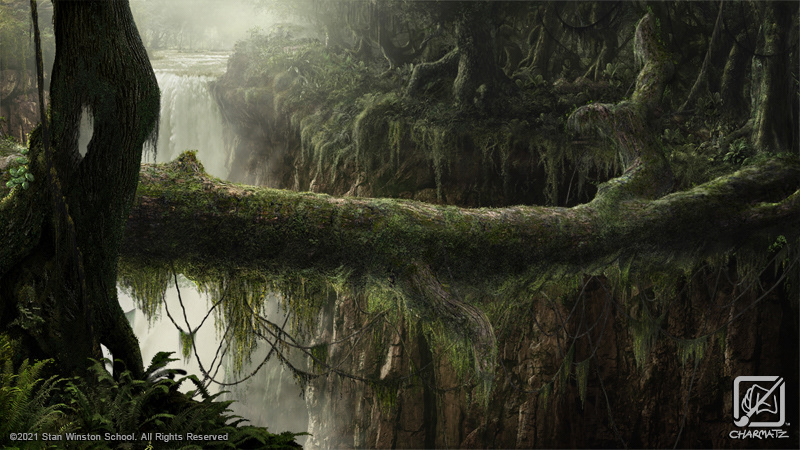 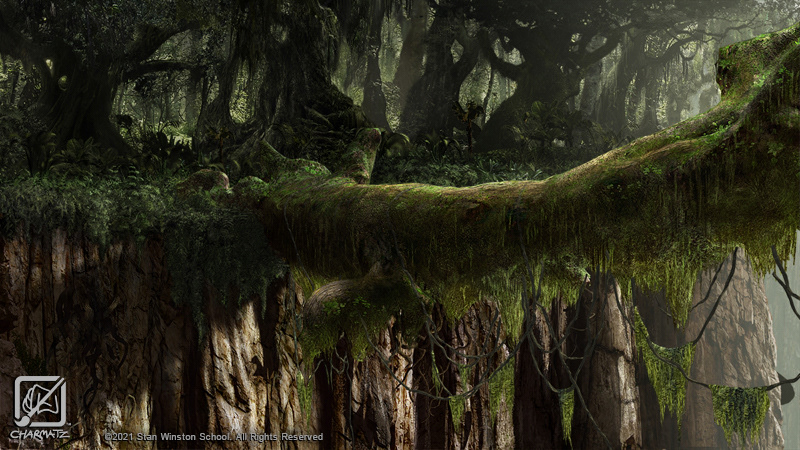 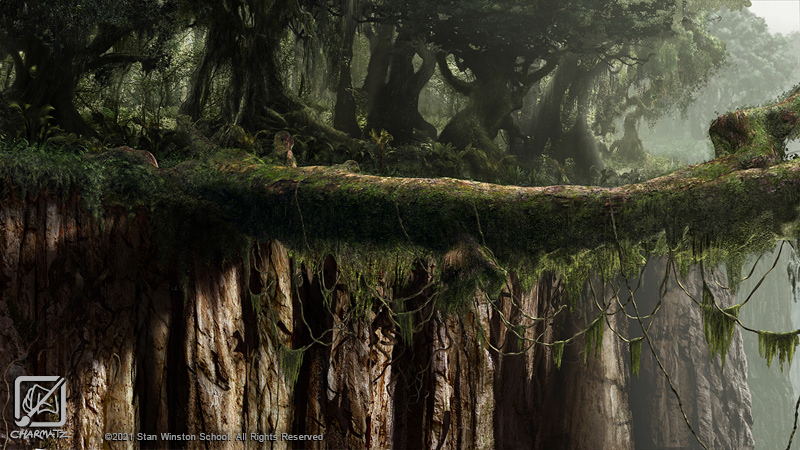 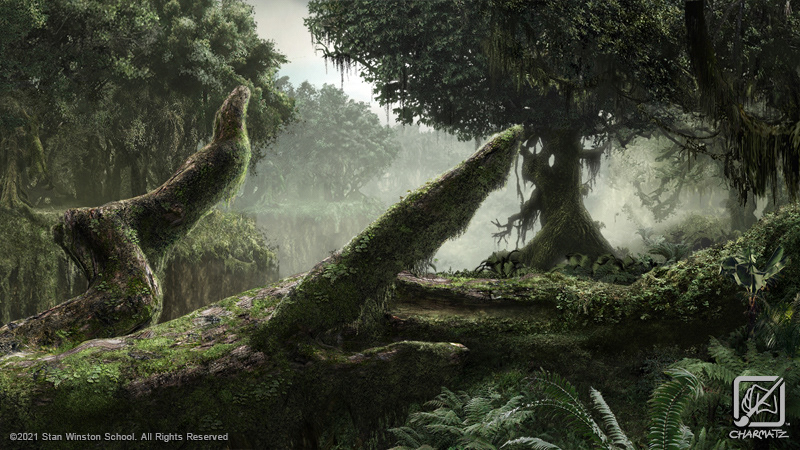 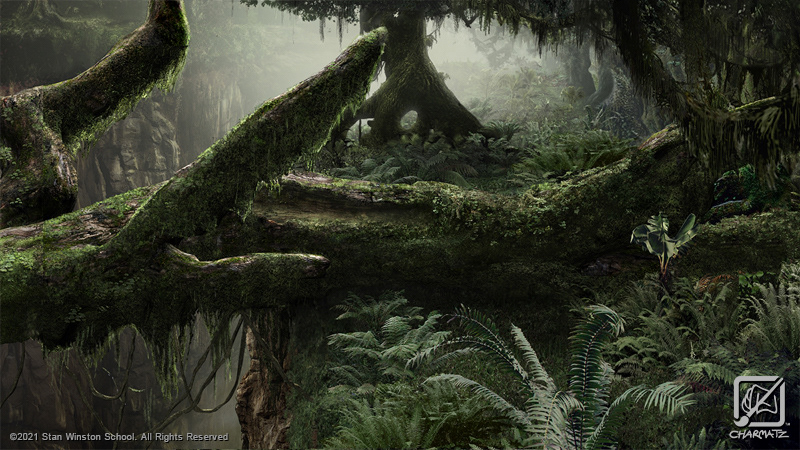 The two painting below were by far the most difficult task for me because I had to figure out how to match the cliffs from the other shots but this time in aerial views. Not only could I not find ANY good photos of real cliffs from above on the internet, but back in 2003 while working on this, the software I might use today to create awesome 3D digital cliffs were in their infancy and were not sufficient so instead I used good old fashioned techniques to get what I wanted... I sculpted the cliffs in clay, took photos and Photoshopped the heck out of the rest!
I didn't have time to sculpt both sides of the cliff walls and I knew that if I shot the images from different angles and lit them from opposite sides, I could get away with creating just one cliff and no one would ever be able to tell. Below are a couple of the original photos and then the final paintings after that. 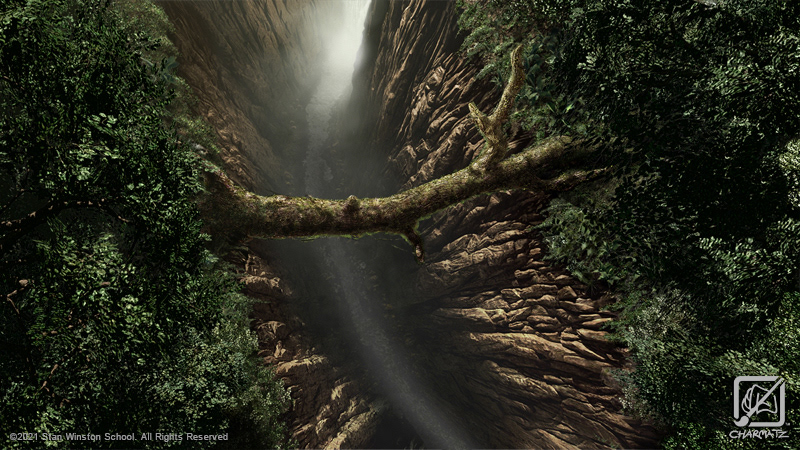 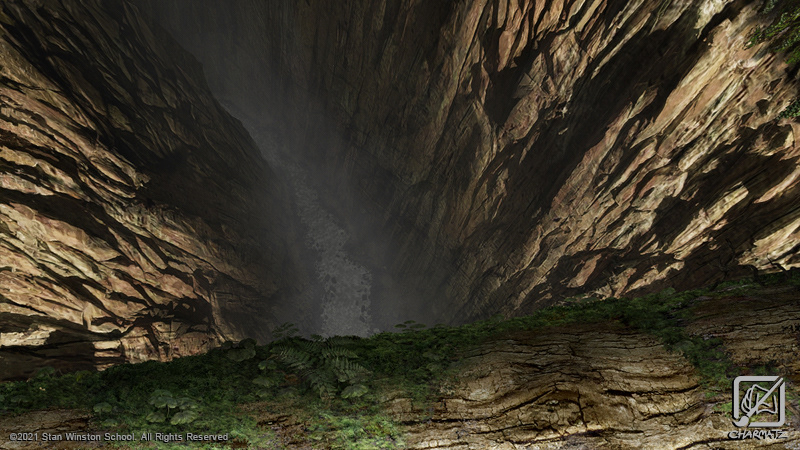 Below is the scene from the film that encompasses all of these paintings.
↑Back to Top